MAJR Products offers Mechanical and EMC consulting services to our customers that need to bring their product from design concept to testing compliance or any stage in between to meet MIL-STD 461 and other military or commercial standards. 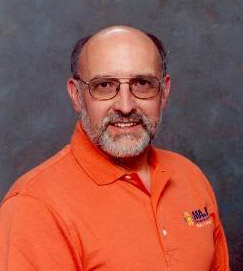 Mr. Spencer is the Vice President of Mechanical Engineering at MAJR Products Corporation. He is responsible for the generation of all internal production drawings for manufacturing. He oversees all product estimating for quotation of new parts and existing designs and acts as a mechanical interface with customers for EMI/RFI shielding design. He is responsible for calibration for ISO-9001 and documentation for job traveler and all drawing revisions for production.

Bill holds a B.S. degree in Mechanical Engineering from Penn State University and has been a Mechanical Engineer since 1975. He has experience in equipment design and start-up and has been involved with shielding components since 1991. He has participated in anechoic chamber testing for EMI/RFI shielding for various honeycomb vent panels and has previously served as production manager for 13 years. 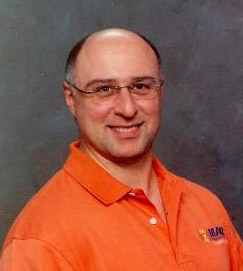 Mr. Oliver is an iNARTE certified Master EMC Design Engineer and holds a B.S. degree in Electrical Engineering from Gannon University and has been an Electrical Engineer since 1989. He currently holds three patents on thermal management-EMI/RFI shielding devices and has experience in the design and testing of aerospace antennas, military electrical systems, and electromagnetic shielding components. Throughout his career Mr. Oliver has performed open and anechoic chamber EMI / RFI radiated tests to military standards and has utilized many antenna and RF testing hardware systems. He has written numerous technical papers on electromagnetic compatibility (EMC) shielding components, EMC product enhancements, and the development of test specifications for antenna / radome radiated test methodologies. Mr. Oliver served on the Academy of Science Committee as an EMC expert concerning an investigation of unintended acceleration of automobiles, is a Senior Member of IEEE, served on the IEEE EMC Society Board of Directors, Chairman of the IEEE EMC Society Pittsburgh Chapter, Member of the SAE AE4 Aerospace Electromagnetic Compatibility Committee, and a member of the IEEE EMC Standards and Advisory Coordination Committee (SACCom).

This website uses cookies to improve your experience while you navigate through the website. Out of these cookies, the cookies that are categorized as necessary are stored on your browser as they are essential for the working of basic functionalities of the website. We also use third-party cookies that help us analyze and understand how you use this website. These cookies will be stored in your browser only with your consent. You also have the option to opt-out of these cookies. But opting out of some of these cookies may have an effect on your browsing experience.
Necessary Always Enabled
Necessary cookies are absolutely essential for the website to function properly. This category only includes cookies that ensures basic functionalities and security features of the website. These cookies do not store any personal information.
Non-necessary
Any cookies that may not be particularly necessary for the website to function and is used specifically to collect user personal data via analytics, ads, other embedded contents are termed as non-necessary cookies. It is mandatory to procure user consent prior to running these cookies on your website.
SAVE & ACCEPT